Jacob Lykke
Jacob has been riding MTB for the last 20 years and was a champion MTB rider already as junior. 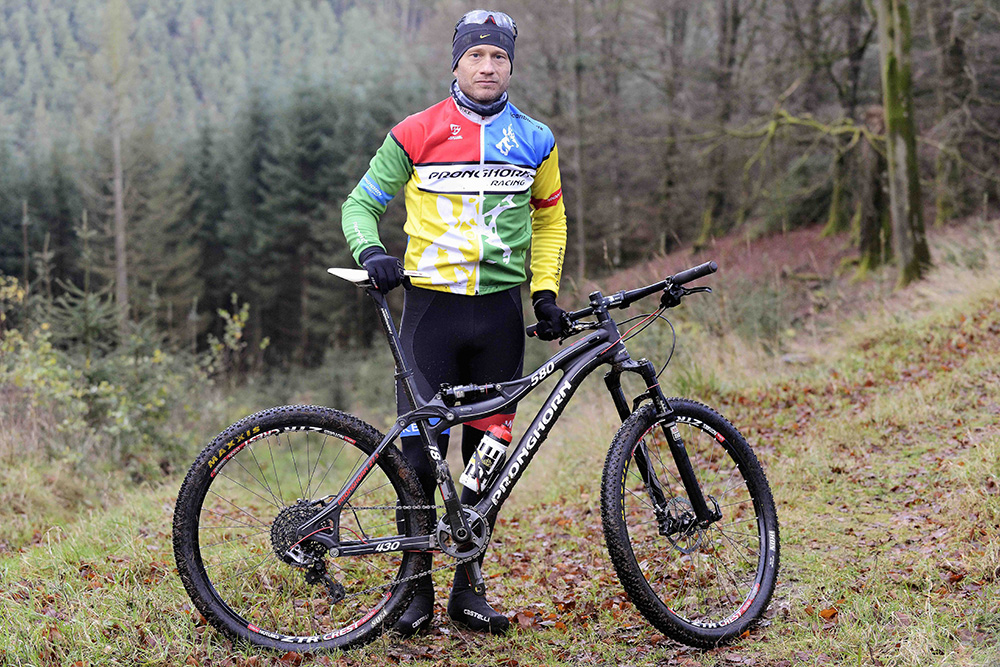 He will be racing various MTB marathons in 2016 as well as the SRAM League, where he has had several podium finishes in the latest seasons. He will also do occasional road races throughout the season. 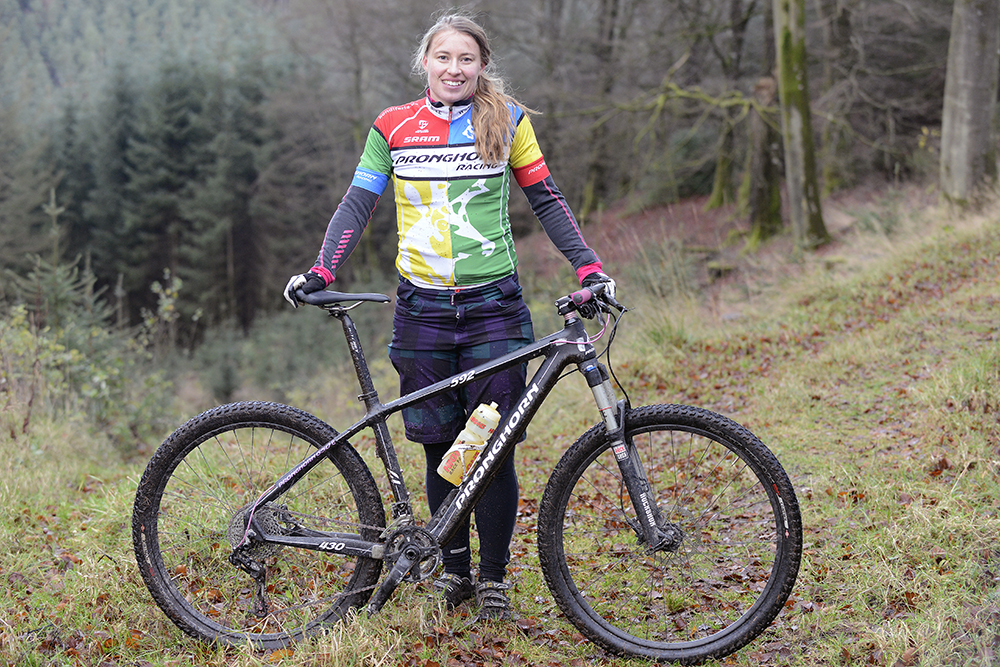 After her vacation in 2010, Marie-Louise has primarily been attending 12 and 24-hours races. Her favorite race is ’12 timer i Jylland’ (12 hours in Jutland), where she has won fastest lap time (2012), 12 hours SOLO, women (2014), and the team race (2015).
Marie-Louise has also been doing a lot of adventure-races with different teams. Lately she got a fourth place at the Bimbache Raid (2013).
Besides MTB and adventure-races, Marie-Louise also plays football and CrossFit at the gym.

Results in 2015:
4th at Aalborg MTB marathon
2nd at H12
4th at Offroad finnmark
Winner of 12 hour in jylland

Goals for 2016:
Doing well at Danish Championships, adventure-races and Pronghorn Thy MTB Marathon.

Mikkel Juhler
Mikkel has been riding MTB for 7 years and attended many international races with convincing results.

Mikkel´s best moments on a bike, was when he won the U19 Marathon National Championship in 2014, and when he completed the last lap for his team at a 12-hours race in Jutland 2015, just 3 seconds before the race finished.

Mikkel has also attended many international races with convincing results. He obtained many top 20 results at the Bundesliga in U19. He also attended the European Championships and some World Cups. In 2015 Mikkel´s best results as a beginner in the Men Elite Category, was in the SRAM-Liga where he ranked just outside the top 10 a couple of times. At the XCO National championships elite A, Mikkel took an impressive 11th place.

Mikkel’s favorite area to ride is the high hills around Himmelbjerget. The windy and lonely tracks in Northern Jutland are also some of Mikkel´s favorites.

Mikkel´s goals for 2016 are to ride well at team races and rank in top 15 at DCU-elite races.

Mikkel is looking forward to ride a Pronghorn in 2016 and he will probably choose a hardtail.

Christian Høgh
Christian has been riding MTB for the last 25 years and his stamina makes the marathon distance his favorite ride.

Christian prefer rides with a lot of altitude and often train in the woods around Silkeborg.

Christian won a lot races in 2015 and the plan is to continue doing that in 2016, where he is planning to ride many of the same races.

Gert Klarskov Petersen
Gert has been focusing on MTB for the last 4 years, where he has made it to the A-license.

Men elite - Born 1982.
Gert lives in Aarhus and works as an engineer at Medicom Innovation Partner in Struer.

Gert has previously competed in triathlons, but now he prefers the marathon distance and stage-races on his MTB.

Gert’s favorit tracks are in Nordskoven by Silkeborg and Rold skov.

Kjeld Nielsen
Kjeld has been riding MTB for 20 years and love the challenge of a really long and steep hill.

Kjelds forces are the long marathon races – he particularly like to participate in races like 12 hour in Jylland and Grejsdalsløbet.
His favorite training areas is Hårup Sande and Blåbjerg plantation in Jylland.

Results 2015:
Two times on the podium out of two races made a great beginning on the season.

Sandra Maria Treschow
Sandra has been riding MTB for 14, and she is a former hard-core adventure racer in the world's elite.

Sandra is a former hard-core adventure racer, racing on the same team as Allan Jensen for 10 years. Sandra is now focusing more on mountain biking again because she loves her bike, but also because a foot injurie put an end to the running part of adventure racing (at least for some time).

Sandra has been riding mountain bike for 14 years (as part of several different disciplines in the adventure race competitions around the world). She prefers racing long distance, as she is not the fastest in the final sprint.

Sandra is born in 1978, former police officer and now she is an ambulance student – becoming an ambulance assistant in 2018. She lives in Silkeborg and loves variation when she is out riding her bike. Her favorite place to ride is without a doubt the forests around Silkeborg – her backyard.

Olivia Meier
Olivia has been riding MTB for about 3 years. She prefers races where the technical level is high and the speed is plenty.

U17 – born 2000
Olivia lives in Jelling and when she is not riding her MTB she attends school. Next year she will go Vejle boarding school for sports.

Mostly Olivia rides in XCO races and her preferred terrain is the amazing Alpes. So far she has no favorite track here in Denmark.

And she plans to attend the last two SRAM races this season and youth EM in Graz.

Lasse Aagaard
Lasse is serious about his training and his sport, and plan to step up his training/racing during 2016. Lasse expects to ride a lot more races when he will advance to U19

Lasse’s goals:
“The goal is to ride as fast as possible for the longest possible distance – I have got no idea how fast the new U19 class is riding, so my plan is to ride as many races as possible. And then see how I will do. I will also attend in ‘12 Timer i Jylland’“

Lasse’s favorite track is the track in Hinnerup. He likes the track because of the technical parts with lots of cornering and roots – and with lots of flow!
Lasse also likes going abroad for riding MTB. Schwarzwald and the Czech Republic are among his favorite places.

Allan Jensen
Allan is a former hard-core adventure racer and is now again focusing on mountain bike orienteering (MTBO) as part of the Danish national team competing in the world elite.

Allan has done mountain biking since 2002, as part of training and participation in MTBO and adventure races around the world.

Former results:
In 2008 and 2009 Allan was European Champion in MTBO Relay and in 2010 he finished 7th with his team at the Adventure Racing World Championships. Also in 2010 Allan won the 24-hour solo MTB race Nordic 24. In 2013 he won the Danish Adventure Race Championship for the 3rd year in a row and in 2014 he came 3rd in the Red Bull Crossways (kayak, trail run, mtb). 2015 has been a transit year for Allan returning to the MTBO arena.
Allan’s strength is endurance, power and longer races like 12- and 24-hour races.

Allan’s favorite place to ride is around Silkeborg.

Maria Lindboe Nielsen
Maria has been riding MTB since 2013 and is also practicing adventure race.

W-Elite - Born 1989.
Maria is studying to become a master of science in engineering.

Maria’s main focus is on marathon races at 100 km +. Her biggest personal victory was to finish Offroad Finnmark 2015. That was 300 km!
Maria is planning to ride Offroad Finnmark again in 2016, because her strength is the marathon-distance.

​Morten Andersen
Morten has been riding MTB for about 14 years and love to ride on rough tracks where his stubbornness can be an advantage.

Morten’s strengths are rough tracks which also require some good technic. His favorite track is the Thy National Park, Slettestrand and Legind forest.
Morten like to participate in the SRAM Liga and different license races through the year.

For the rest of 2016 Morten plan to participate in the different license races.
After a 2 year long injury, Morten takes one race at a time and simply just enjoy giving all that he has in competition.

Anders Timo
Anders has been riding MTB since 2005, and before that he played football for 30 years as a goalkeeper in the higher leagues. 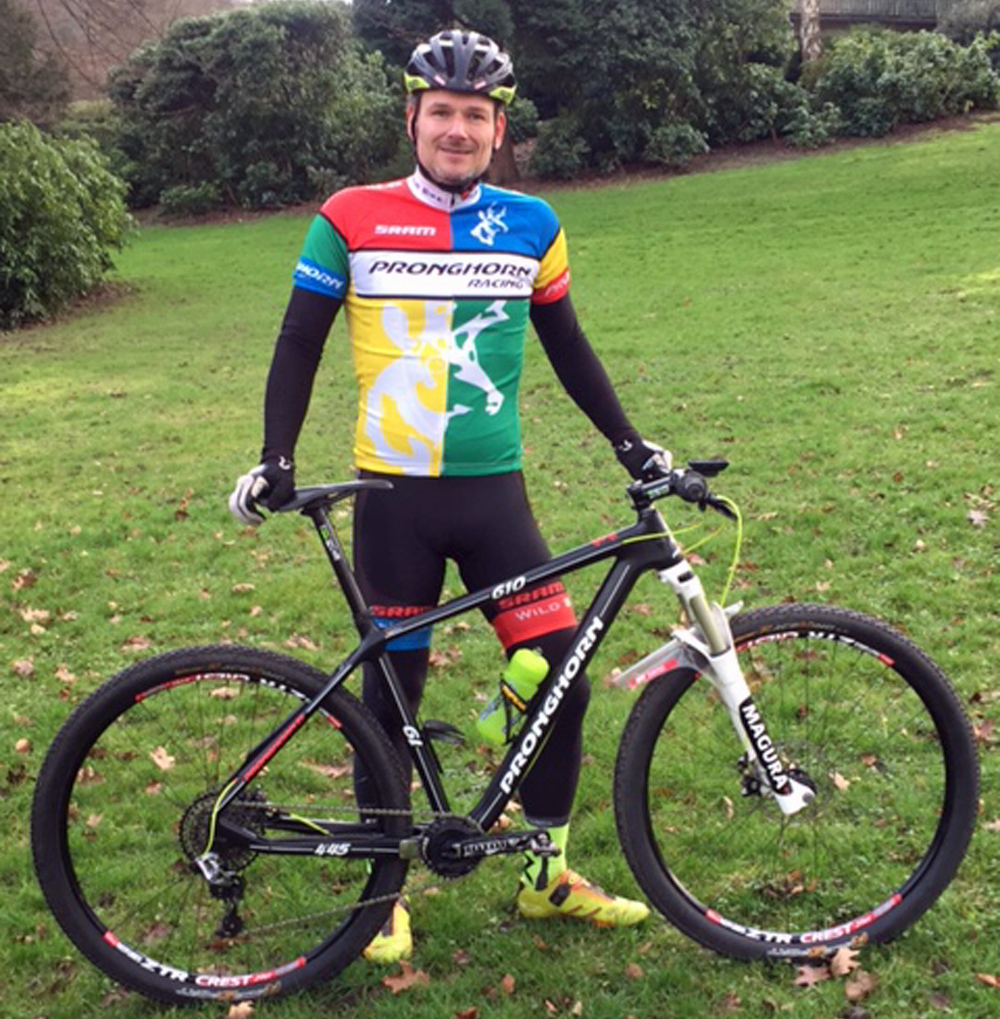 I season 2016 Anders focus lies on CC races and a few marathons.

Michael Borup
Michael has used most of his live on a bicycle, either as a rider, race organizer or trainer and has been riding MTB for 17 years. He is now so old that he has realized that he will never become world champion – now it is the experience and feel of the race that Michael loves.

Exercise – born 1980
Lives in Gjern and work as a doctor

Michael is at his best when he rides the long races with long increases and mountains, something like 12 hour marathons. His favorite track is the decent from Les deux Alpes in France and his favorite race is the Crocodile Trophy.

Anders Brixner
Anders has been riding MTB for 4 years and when he is out racing, he usually prefers to attend the shorter races where speed is important.

Men C – born 1989
Other than riding his MTB, Anders is a student at University of Southern Denmark, Odense.

Anders is in his first year of racing with a license and the target is to reach top 10 at a SRAM league race in Men C. Next year he plans to move up into Men B.

Anders has many places he loves to ride and train but no favorite track so far. He is long from done with testing all the different tracks around Denmark to point out his favorite – but he is willing to admit that he loves when there are a lot of hills and the tracks demands a fair amount of technic.

Let us help you with bike
configuration, sizing or
order status.